In this age of digital innovation, there are many people who loudly proclaim that the days of the handwritten notes are over, writing is dead and within a few short years the humble pen and notebook will have been confined to the museum.

However, although technology does have its uses there is still a very strong case for using a personal notebook to jot down thoughts and ideas – in fact three of the worlds most successful business leaders have admitted to still using a notebook.

Despite building a $5bn dollar business from the ground up, Branson still carries a humble notebook to record his ideas and thoughts during each day.

This fact was revealed in a blog on the Virgin website where Branson explains his daily routine – to quote his words “I always have a notebook on hand. My secret ‘life hack’ has been to write it down!  I can’t tell you where I’d be if I hadn’t had a pen on hand to write down my ideas as soon as they come to me”

So, Branson attributes his success to being able to quickly jot down ideas and thoughts – that way they are never forgotten and it means they will be acted on.

The COO of Facebook, Sheryl, is widely credited with helping the business achieve remarkable success and growth over the last few years.

As would be expected, Sheryl’s day consists of a whirlwind of meetings which she organises and runs with a remarkably non-digital spiral-bound notebook.

The notebook holds a list of discussion items and action points and when they are all ticked off she rips the sheet out of her notebook and starts another.

Sheryl has spoken about the personal satisfaction of ticking off a list of items in a notebook – it’s a real motivation to get things done.

Apparently when Gates gave a speech at a London conference, Branson was delighted to see him produce some notes from his pocket that were scribbled on pages torn from his pocket notebook.

Having a handy method to record thoughts, ideas and observations (or write last-minute notes for a speech) appears to be a common theme that is shared by all three business magnates. 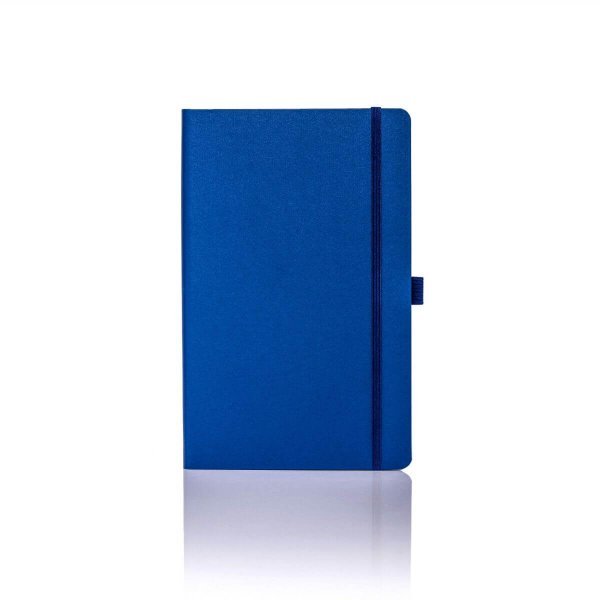 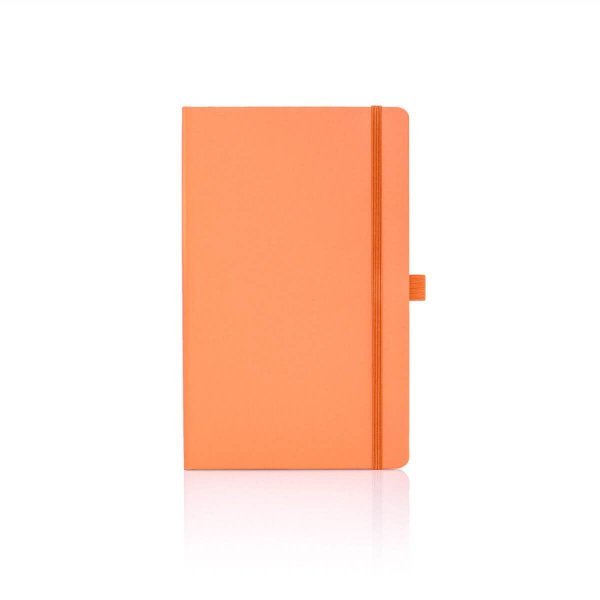 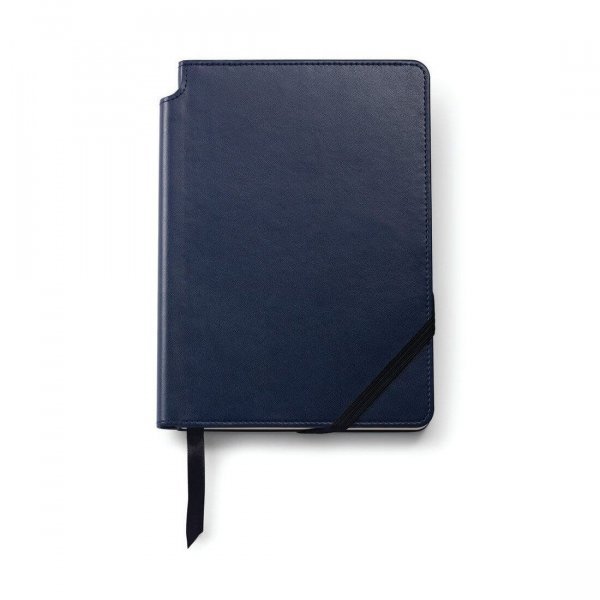 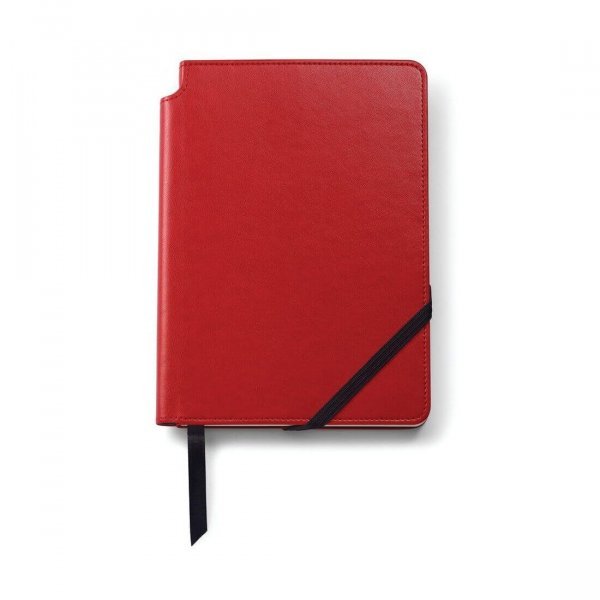 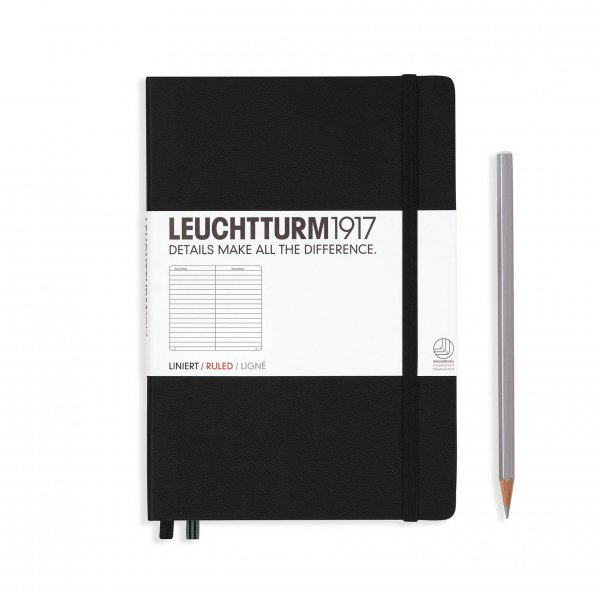 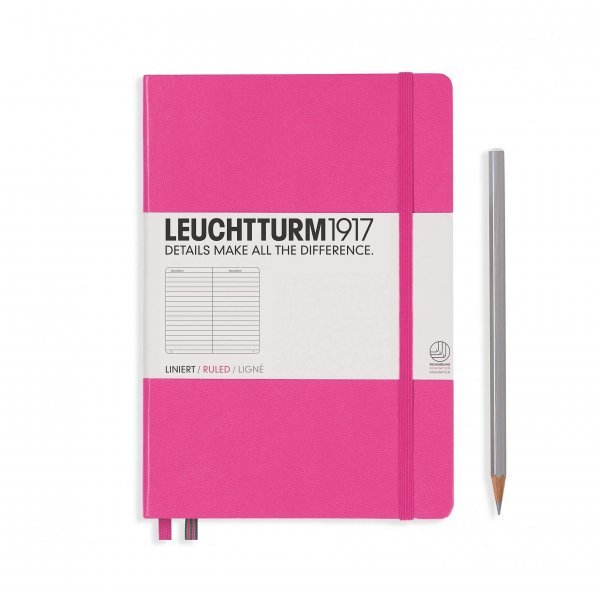 The original A5 hardcover notebook from the German notebooks manufacturer, Leuchtturm1917. Quality A5 notebook available in a wide range of popular colours. Includes 251 lined & numbered pages, 2 ribbon page markers, elastic closure band and a gusseted pocket inside the back cover. 145 x 210mm. Pencil not included
Add to Enquiry 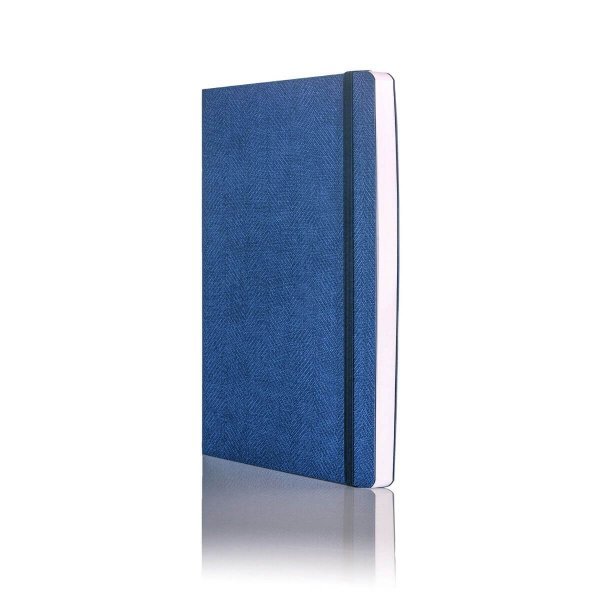 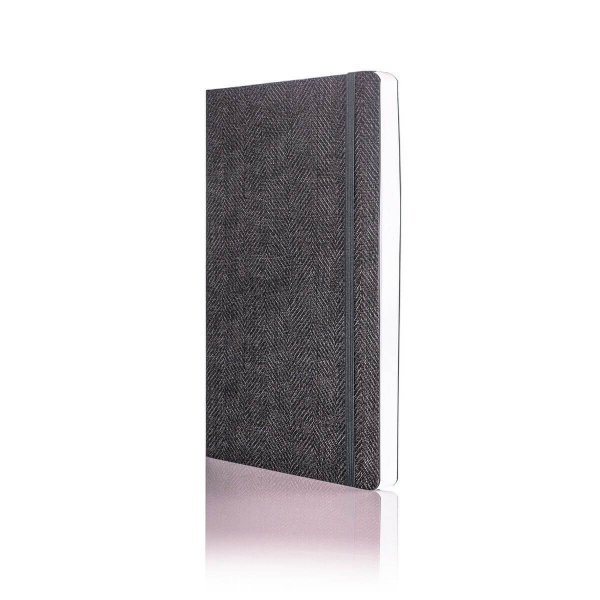 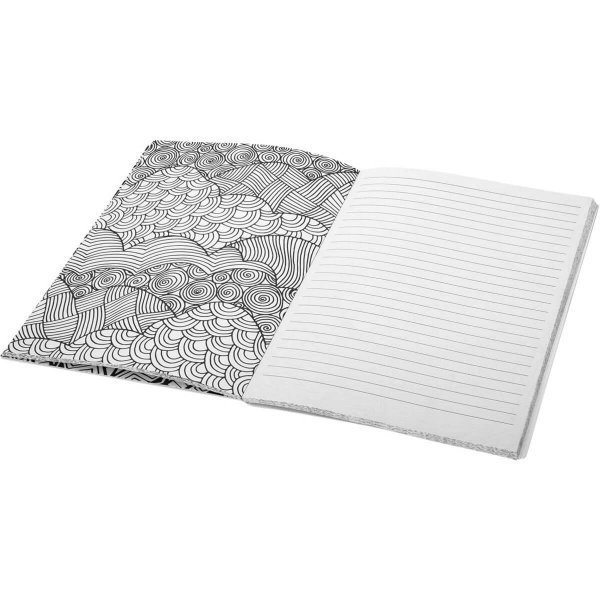 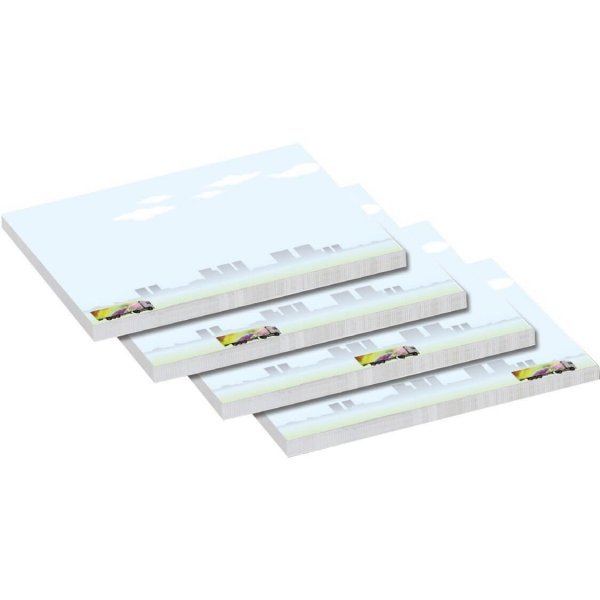 Compact A7 notepad (quarter of the size of an A5 notepad) consisting of 50 sheets of white paper glued at the head to a grey backboard. Supplied bulk packed. All paper from FSC certified forests which are sustainably managed
Add to Enquiry 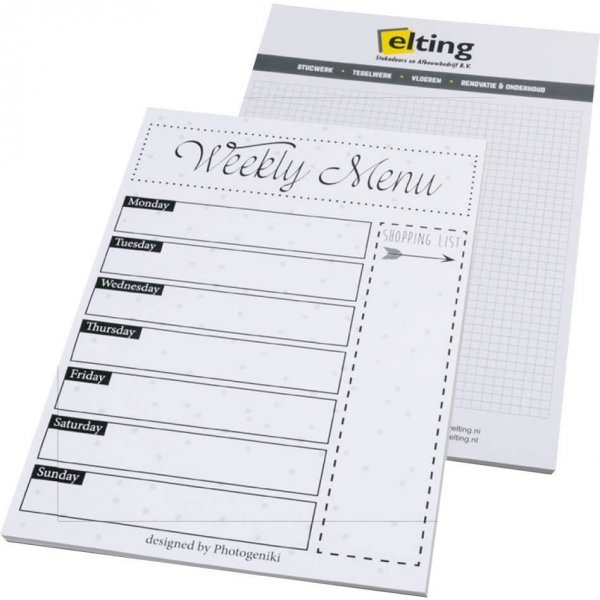 Compact A6 notepad (half the size of an A5 notepad) consisting of 50 sheets of white paper glued at the head to a grey backboard. Supplied bulk packed. All paper from FSC certified forests which are sustainably managed
Add to Enquiry 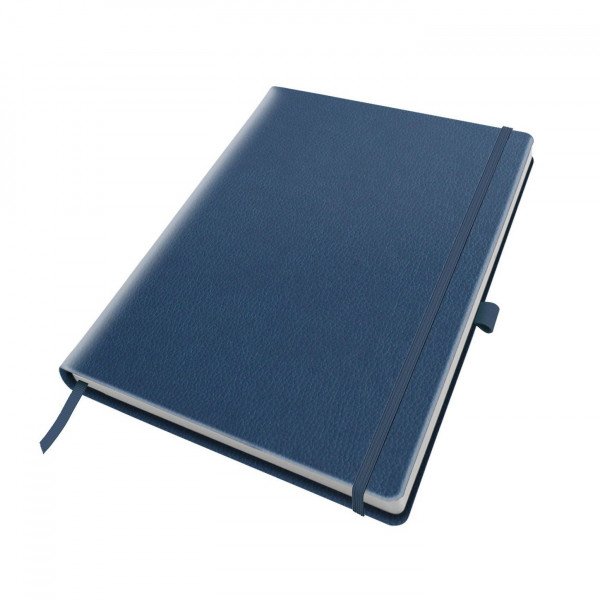 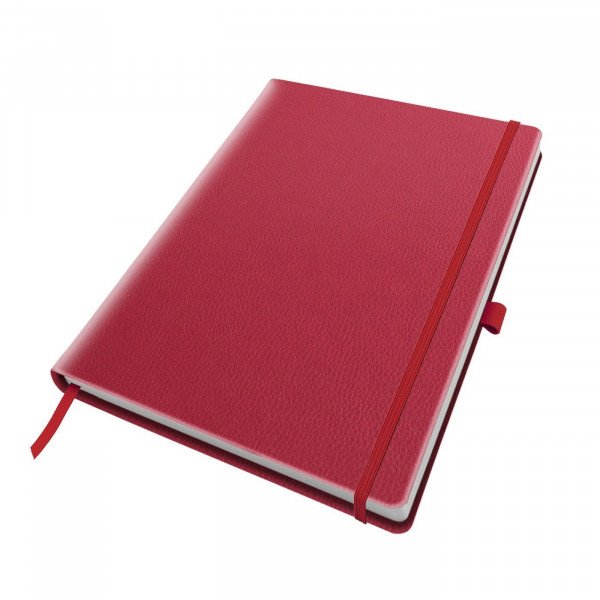 Mix and match eco-friendly A5 notebook featuring a covers manufactured from recyled plastic bottles and inner pages manaufactered from recycled paper. Notebooks available in a wide variety of colours and include an elastic strap, pen loop and ribbon pagemarker. The notebooks are all sewn bound for a perfect lie flat finish and can be personalised by deboss, foil block or full colour print.
Add to Enquiry 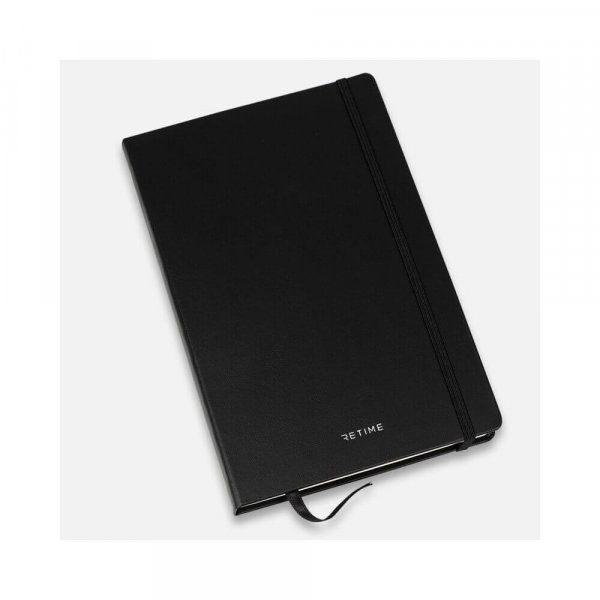 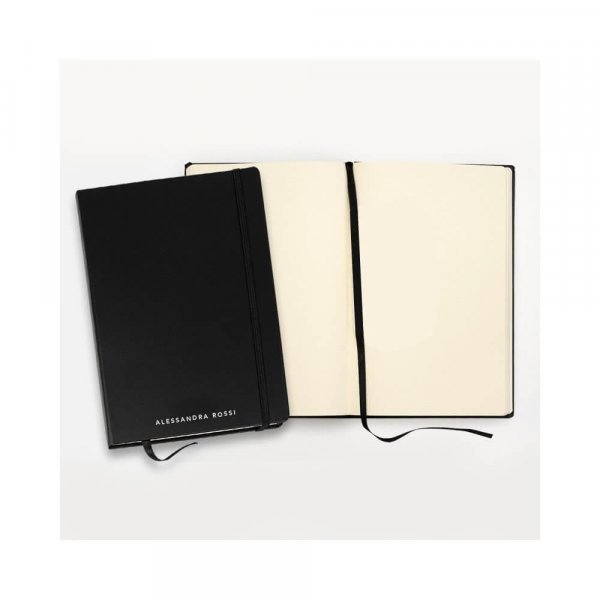 Eco-friendly notebooks produced from 100% recycled bonded leather fibers giving a matte, pleasant-to-touch cover that is available in a variety of colours and grains. Ribbon page markers and elastic straps are also available in a variety of colours with the choice to include bespoke accessories. FSC certified paper. Manufactured entirely in Italy reducing it's carbon footprint.
Add to Enquiry 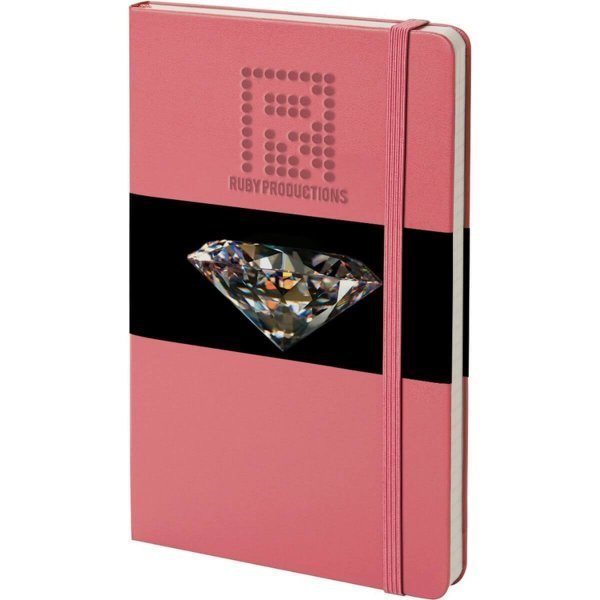 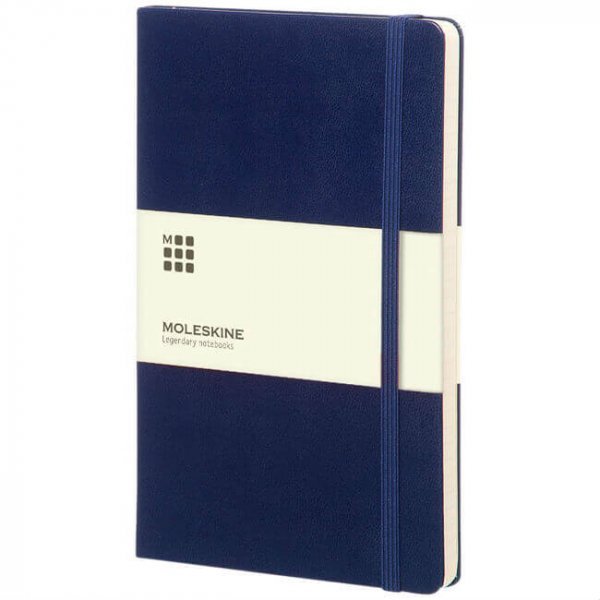 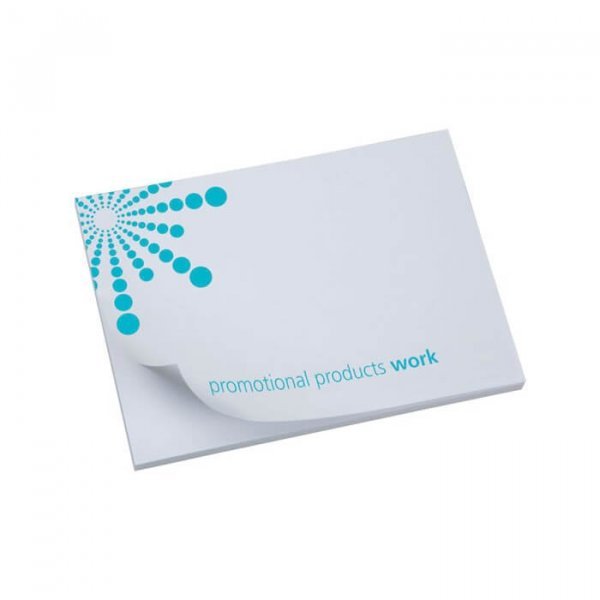 Sticky notes available in a variety of rectangular and square sizes. 50 sheets of paper glued at the head with print to 1 side. These post-it notes are the perfect office companion
Add to Enquiry 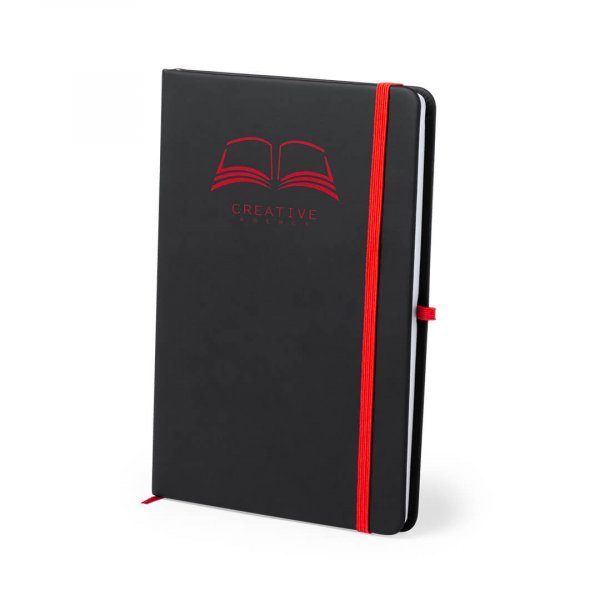 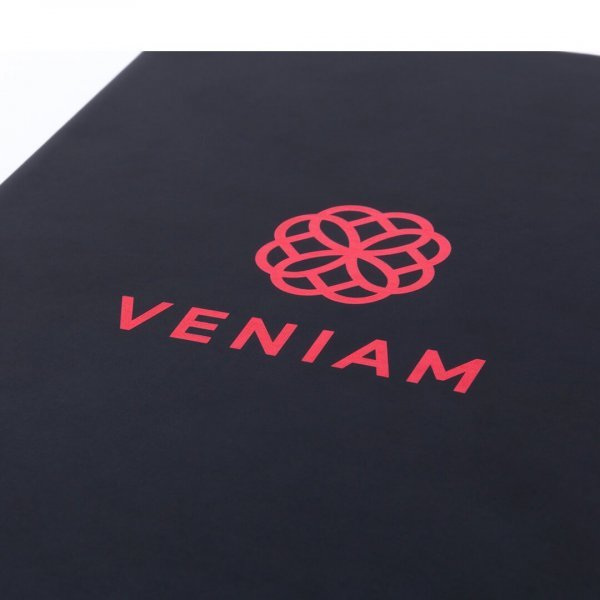 Soft Touch Notebooks with an elegant black cover with contrast colour elastic strap, bookmark and pen loop. When Your logo is engraved the your logo shows through in the contrast colour giving a very premium feel
Add to Enquiry

Now that we’ve proved the humble notebook still deserves a place in today’s society, check out our full range for the best branded notebooks to carry on a daily basis.

It only takes a second to be the first to find out about our latest news and products...